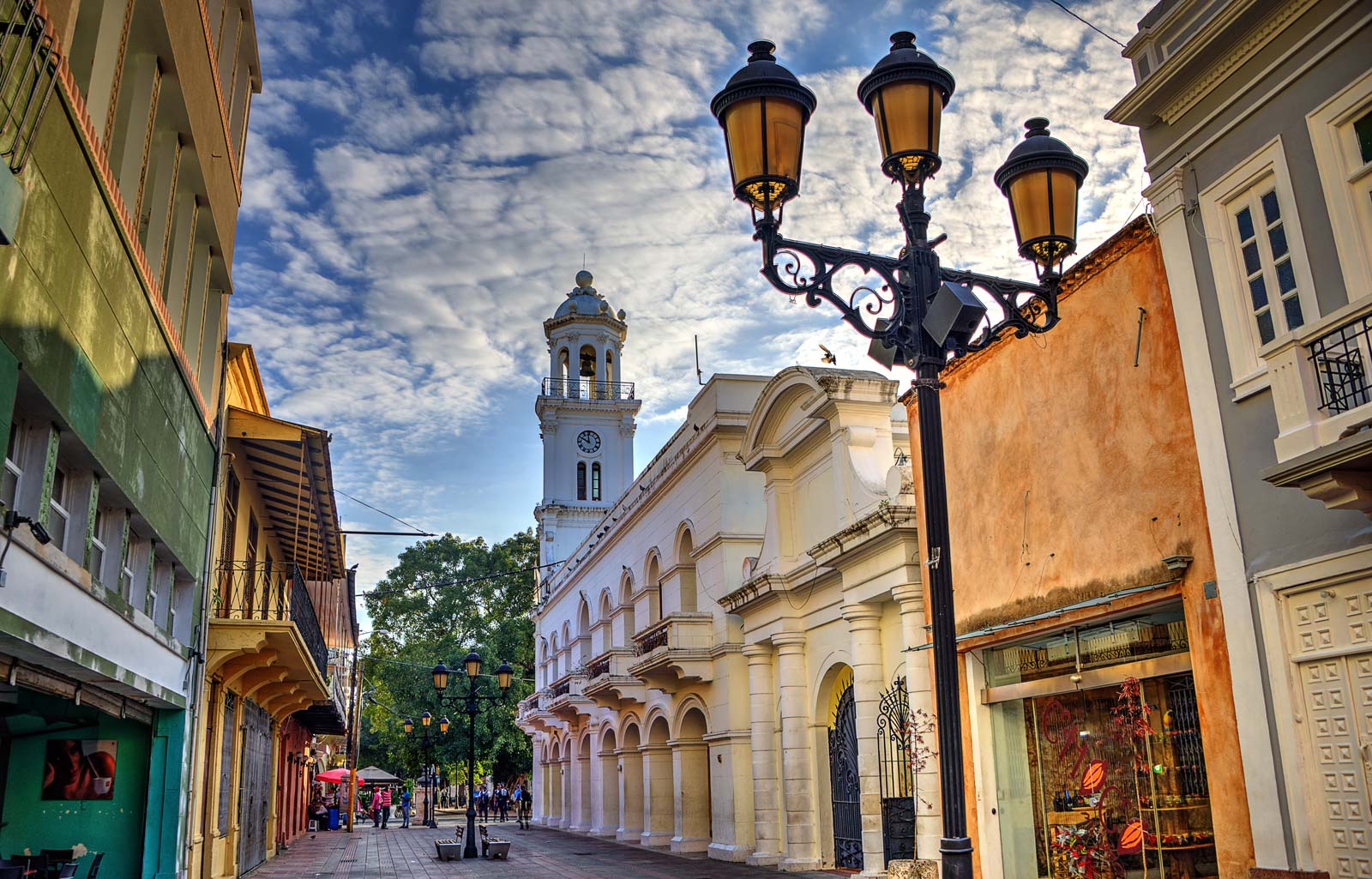 The Dominican Republic’s capital city, Santo Domingo is the most modern and dynamic metropolis in the Caribbean. ‘La Capital’, as it is affectionately called is a mix of old-world charm and modern Latin flair. It is alive with music, dance, delicious food and local crafts around every corner.

At the heart of the city is the Zona Colonial, designated a UNESCO World Heritage Site in 1990 is where you’ll find one of the oldest churches and the oldest surviving European fortress, among other New World firsts. This historic neighborhood consists of a pedestrian-friendly maze of narrow streets brimming with 16th to early 20th century architectural wonders.

The impressive Catedral Primada de America is was built between 1510 and 1540 it is one of the earliest built in the Americas and is known for its dramatic architecture.  It is dedicated to Santa María de la Encarnación. Its exterior displays a Gothic style with Renaissance ornaments from dating between 1514 and 1546.  The remains of Christopher Columbus were found here in the 19th century.

Alcázar de Colón in the Colonial City was the home of Diego Columbus, the son of Christopher Columbus, and his wife María de Toledo, the niece of King Ferdinand of Spain. With views overlooking Plaza de España on one side, and the Ozama River on the other, it is the oldest vice regal residence in the Americas.

At the eastern end of Calle El Conde, you’ll come across the oldest paved street in the Americas. Calle Las Damas or the “Street of the Ladies” is a beautiful street lined with historical buildings from the original settlement of Santo Domingo. Some of the monuments you can visit along this street include – The Fortaleza Ozam and Panteón Nacional and make sure to stop and take a rest in the beautiful Plaza María de Toledo or Plaza Pellerano Castro, lovingly called Parque Rosado.

For those looking to take a break from the city’s rich history, consider exploring Los Tres Ojos – “The Three Eyes” in English. The park is a nature reserve with an open-air limestone cave system and a series of crystal-clear lakes known as the “eyes.” The caves were used by the indigenous Tainos for religious ceremonies

The National Botanical Gardens is another must see while visiting Santo Domingo.  Covering over 200 acres, this park is the largest of its kind in the Caribbean.  The Gardens feature a diverse range of flora that includes more than 300 varieties of orchids, gorgeous palms and lots of native plants. There is also a Japanese Garden section that is stunning.

Santo Domingo is a lively, thriving metropolis. But it’s also so much more. A visit to Santo Domingo is a unique opportunity to experience a dynamic Caribbean culture and history that is as appealing as the sun and surf.