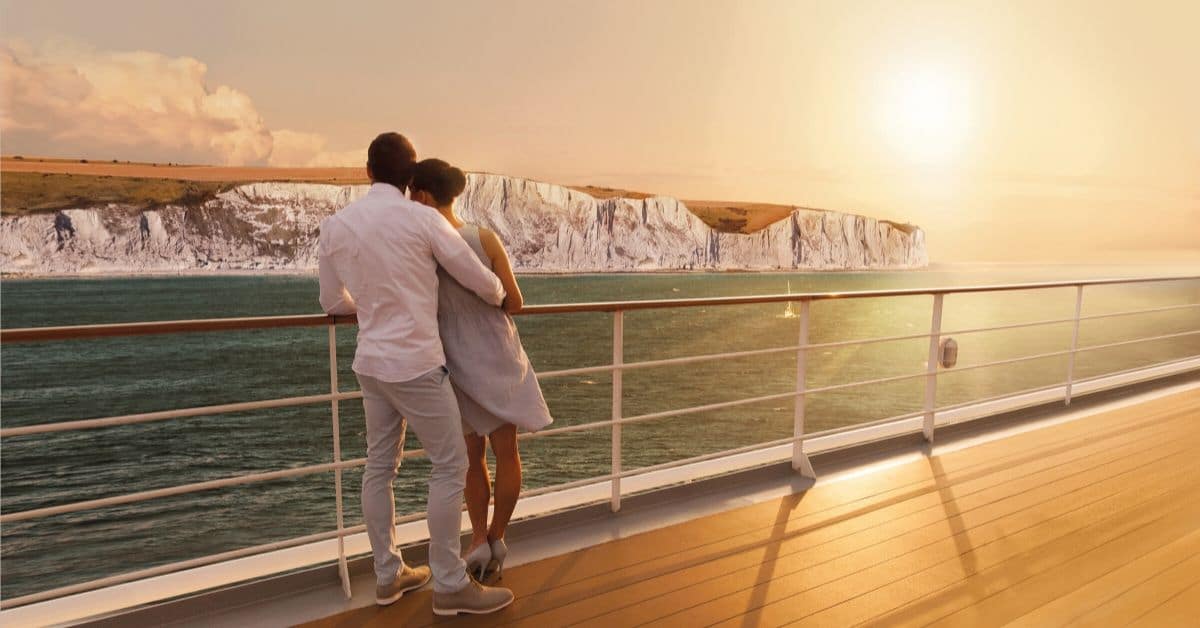 Surely you’ve heard of the White Cliffs of Dover. They’re legendary. Songs have been written extolling the beauty and majesty of the white cliffs rising out of the sea. It’s a sight to behold, and there’s no better way to experience them than arriving in Dover by sea. Once you’re there, stroll along the famous White Cliffs and follow the path to the South Foreland Lighthouse where Marconi made his first radio transmission.

No visit to Dover would be complete unless it includes a visit to Dover Castle. It is the most visited English Heritage site in the area and has origins that date back to Roman times. It has played a major role in defending the U.K., from the Napoleonic Wars to the evacuation of Dunkirk and throughout the Cold War.

The White Cliffs Countryside Partnership is great for the outdoor enthusiast looking to connect with the natural beauty of the White Cliffs. They’ve created 16 nature and history trails with circular walks linking together a series of information boards describing the wildlife and history encountered along the route.

Adrenaline junkies can look forward to the Dover Sea Safari. The White Cliffs & Beyond experience will get you up close to the iconic white cliffs, or travel along the coast to the popular seaside town of Deal. The Secret Seals tour takes you past the iconic white cliffs to the seal colony, and their natural and peaceful habitat. You will get amazing photos and learn about these wonderful creatures. A trip to Samphire Hoe will take you beneath the white cliffs that inspired Shakespeare in ‘King Lear’.

The Maison Dieu or Domus Dei, meaning House of God, was founded in 1203 by Hubert de Burgh, Constable of Dover Castle and Earl of Kent. The Maison Dieu and its expansive grounds were built as a hospice and run by monks to provide temporary lodging for traveling pilgrims, care of wounded and destitute soldiers, and the elderly. The monks added stables, a bakery, a brewery, farmlands and orchards. When Henry III consecrated the chapel in 1227 he was the first in a long line of monarchs to visit the Maison Dieu, an impressive lineup that included Edward II, Edward III, Richard II, Henry V and Henry VI. The monks were evicted in 1544 during the reformation and the Maison Dieu and its lands were given to the Navy and used for provisions. It supplied the English fleet for 300 years, from the time of the Spanish Armada to the Battle of Trafalgar.

Sandwich is described as one of the most well-preserved medieval towns in Britain. Built in 1579, the Guildhall dominates the Market Square. Sandwich Guildhall Museum has on display Sandwich town’s own original Magna Carta, issued by Edward 1 in 1300, and an original Charter of the Forest, issued in 1271. Two of the original surviving medieval town gates, dated 1384, stand at the newly refurbished quay to Fisher Gate. For the foodie, this town is your place. In the 18th century the Earl of Sandwich is said to have created the sandwich and it’s celebrated at the annual food festival. Who doesn’t love a good sarnie?

Graced with being in the southeast corner of Kent and just 21 miles from France, Dover has warmer and sunnier weather than its neighboring cities to the north, and with so much to do and see it’s an ideal summer vacation spot.