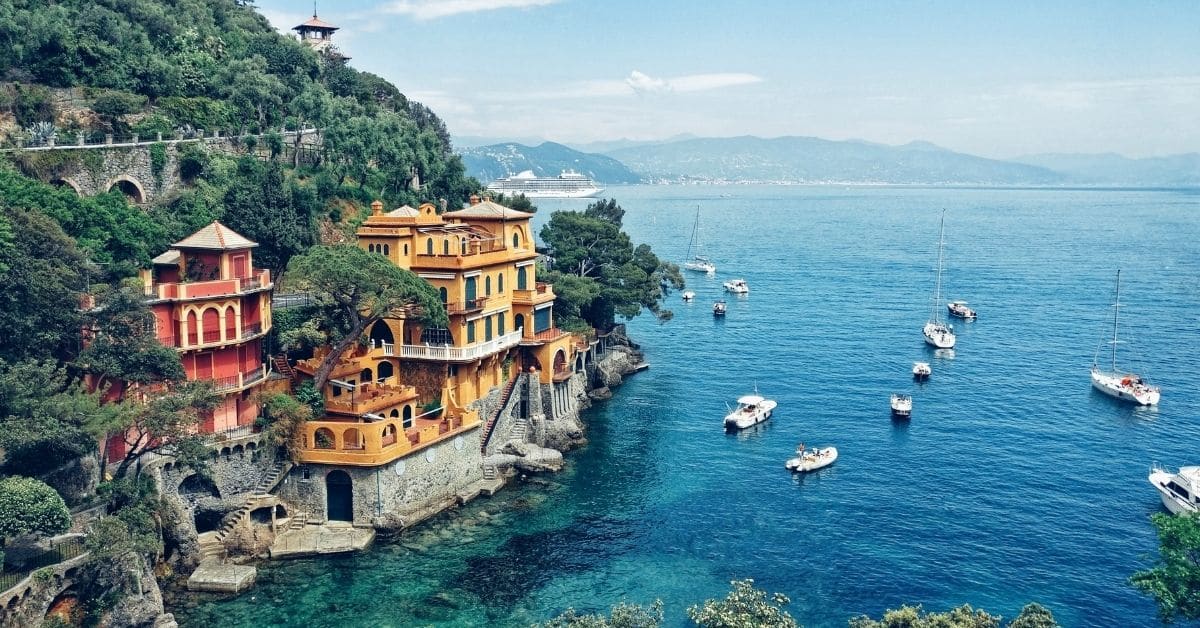 Portofino is famous for its picturesque harbor and its continued association with celebrity and artistic visitors. It is marked in its uniqueness by the colorfully painted buildings that line the shore. The entire commune of Portofino is clustered against the harbor that sits on the Italian Riviera. Portofino is one of the finest towns on the Riviera, in fact.

For those interested in the finery of the city, a chance to purchase and see the city’s famous macrame lace that is still created by hand in Portofino. This tradition has been handed down for generations and is a staple of the fashion culture in the city.

However, the main sights of the city lie in several historical churches and religious artifacts. Most notably is the statue of Christ of the Abyss that was set underwater in 1954. It was placed to protect fishermen and scuba divers and is in memory of Dario Gonzatti, who was the first Italian to use SCUBA gear. It represents Christ in an act of blessing and can be explored through SCUBA tours. Castello Brown is also worth a trip, a stunning 16th-century castle that now hosts a museum as well as one of the best views of the harbor.

Known as the “Pearl of the Mediterranean,” Portofino hosts a unique ambiance with the quaint cafes and colorful buildings that overlook the yacht harbor. One can stay all day in Portofino or go along the coastline to several other tiny villages that are close-by.

Coming up on Portofino from the tender boat, one will be able to understand why it has been so popular and well-received. Stay a day along this colorful coast.