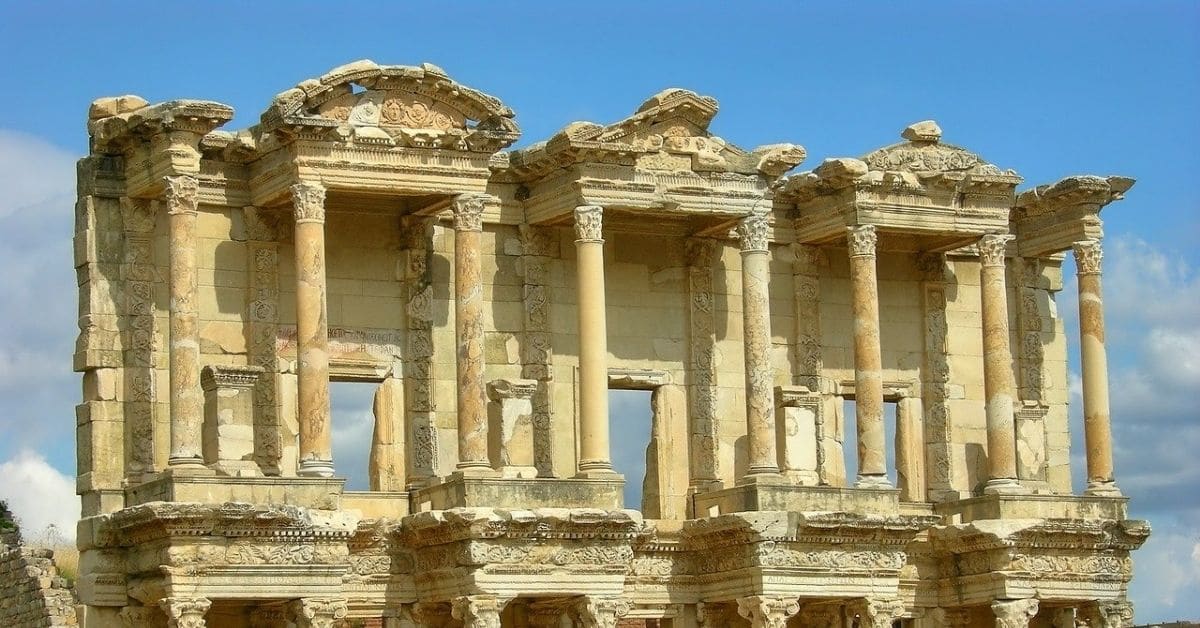 Kusadasi is Turkish for “bird island,” and the name is a nod to the popular Pigeon Island. This small island is connected by a short causeway leading to a castle. Pigeon Island is a symbol of Kusadasi and is one of many fascinating places you can visit in this popular seaside destination.

The crown jewel of Kusadasi is Ephesus, one of the most popular tourist attractions in the entire country. Ephesus is a stunningly preserved archaeological site near the Aegean Sea which houses three major sites. First, the Terrace House, a preserved Roman house that still has several of its original features including marble and mosaics, giving visitors an idea of what life might have been like for the Roman upper-class. Next is the Library of Celsus, an ancient three-story library that once held 12,000 scrolls and has been carefully preserved. Finally, the Great Theater, whose large amphitheater has seen both ancient stars and legends of today such as Elton John. The site is filled with Roman history and working archaeological digs.

Dilek Peninsula National Park stretches along a good portion of the Turkish Aegean coast and is centered on Mount Samsun. It’s covered in lush dense forest but it’s the rare animals drawing visitors to the area. Dilek is where the exquisite Anatolian leopard can be found, one of the rarest animals in the world which was thought to be extinct. This park is also where you can find more secluded beaches than the busier resorts closer to the city.

If you’re in Kusadasi for the day and looking to relax, the waterfront has a number of shops, cafes, and restaurants.  There’s also an open-air bazaar, a perfect spot for finding that unique memento of your trip.  Don’t miss the beaches!  Turkey is third in the world for earning Blue Flag designations.  The beaches are stunning!  If you’re lucky, you might catch the Loggerhead turtles during their egg-laying season on Davutlar Beach.

Kusadasi has drawn thousands of visitors for years.  Make a plan to explore this Turkish gem.