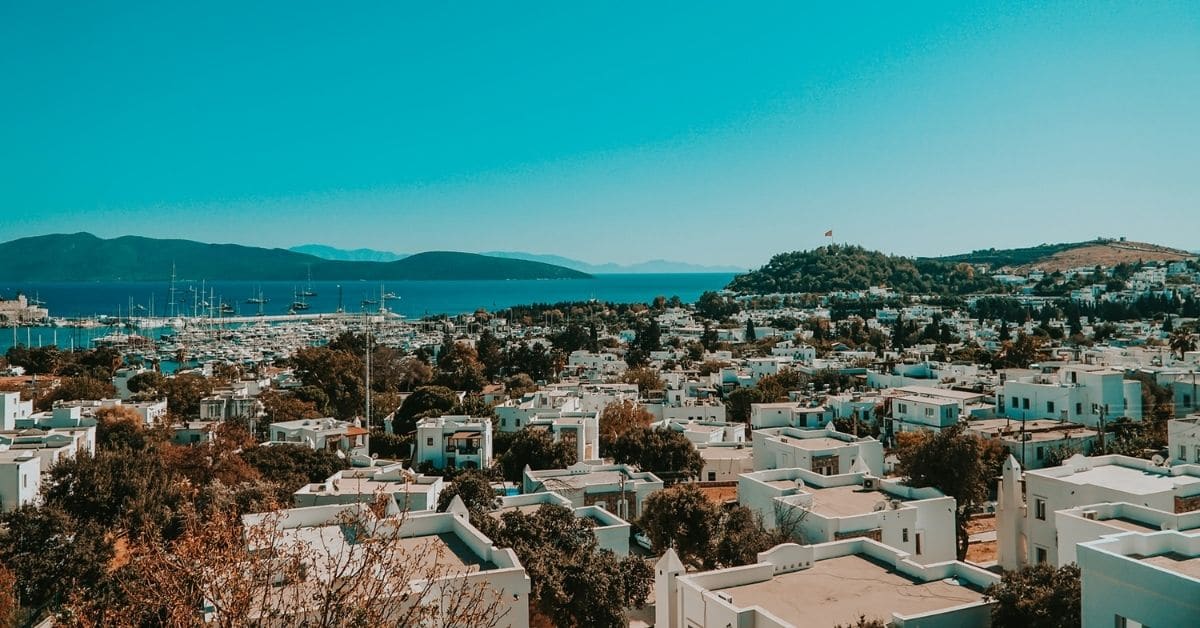 Located on the southern Aegean coast of Turkey, Bodrum is a popular destination for travelers from around the world. Formerly known as the ancient city of Halicarnassus, it’s one of the Seven Wonders of the Ancient World, and thousands of people flock to the city every year to see it. Bodrum is a playground for rich Turks and foreign visitors and is a major center of Turkish tourism. The alluring contrast between the ancient and modern that laces through the city is a draw.

Until the 1960s, Bodrum was a modest fishing village that has now boomed into a modern paradise. The two sides of the city, the bustling and tourist-filled beachside and the calmer west side of the marina and yacht club create a harmony that makes for a perfect vacation. Evenings spent walking along the riverfront are a favorite activity of locals and tourists alike and adds to the charming atmosphere of the town.

For more of the ancient side, a trip to Bodrum Castle and Amphitheater are two sites that provide a vehicle for telling the story of Bodrum’s history. The castle, built in 1402, is the most prominent landmark in the city and now operates a museum mostly focused on underwater archaeology. It is one of the world’s best-preserved medieval monuments, making this castle a sight to behold. The Amphitheater is the best-preserved section of Halicarnassus and is where the Tomb of Mausolus can be found, built between 353 and 350 BC.

The Turkish bath, or hammam, was once a part of daily life and a vital component of Muslim communities.  Today you can still find a few in Bodrum operated as luxury spas.  Some historic hammams have been renovated and returned to their original function.  The architecture alone is worth the visit.

Aquatica, a floating beach club, is also a draw for visitors.  Day parties, DJ’s spinning music, food, and drink flowing, and a variety of watersports all create a unique party atmosphere.

Bodrum is one of Turkey’s most fascinating and unforgettable cities.