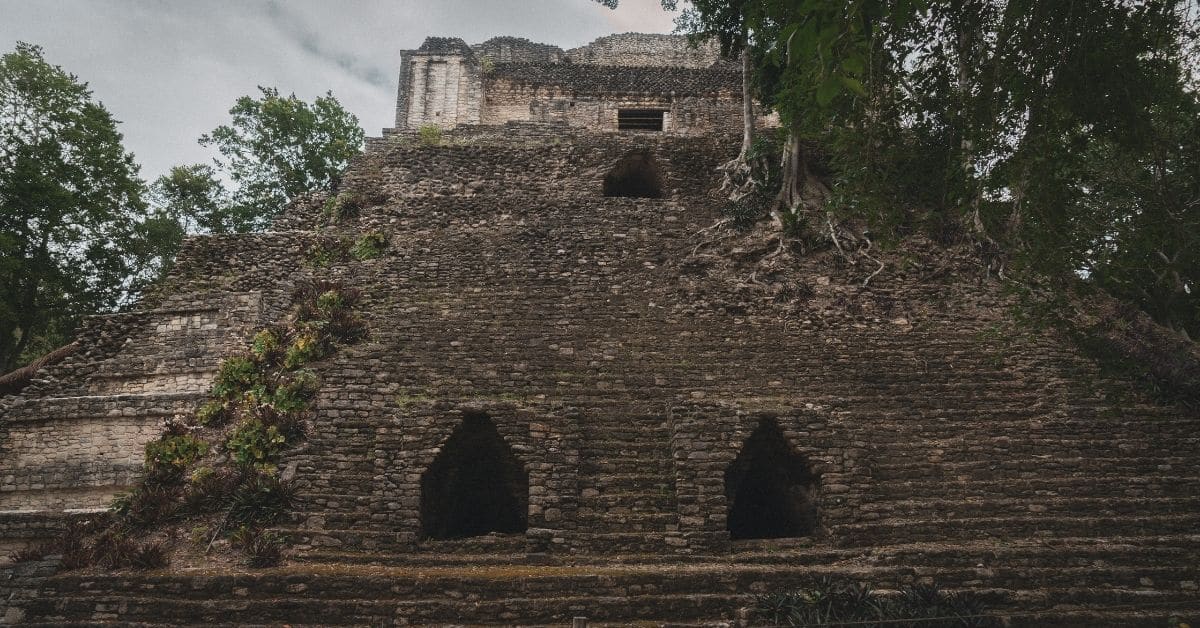 Costa Maya is a small tourist region in the Mexican state of Quintana Roo. On the border of Belize, it is the only state in Mexico bordered by the Caribbean Sea to its east. While originally this port was small, the construction of a large pier for cruise ships has spawned sizable tourism growth in the area.

The favorite of tourists to Costa Maya is the beach that extends 100 kilometers from Xcalak to Sian Ka’an, a biosphere reserve in the municipality of Tulum.  Established in 1986, Sian Ka’an became a UNESCO World Heritage Site in 1987 and it’s stunning.  Beach bums also have the option of spending the day on the soft, sandy beaches of nearby Mahahual, only 3 kilometers from the port.  Grass thatched palapas and a coral reef for diving are among the draws here. The area has a number of bars, restaurants, and shops and it’s the future site of New Mahahual, currently being developed.

We recommend a tour because Costa Maya is the best port to reach some of the lesser-known Mayan ruins. Chacchoben was settled by the Maya in 200 BC and has structures that date from 700 AD. It is known for its large temples and massive platform groups. The circular path around the site includes three excavated and restored pyramids along with walls and staircases. Additionally, visits to Chacchoben are a great way to see the wildlife as the surrounding jungle is filled to the brim with monkeys, deer, foxes, and even some big cats. Kohunlich is a large archaeological site that was home to pre-Columbian Maya civilization. The site, like Chacchoben, was settled in 200 BC but many of the structures date from 250 to 600 AD. The major temple is wonderfully preserved thanks to being covered in Terminal Classic construction in 700 AD, characterized by depopulation, and a halt in construction activity.  Kohunlich has a stunning central plaza filled with temples and pyramids, and a large acropolis with a palace courtyard to the north.  The Temple of the Masks, built in honor of the sun god, still includes five of the original eight masks along the staircase.

The port of Costa Maya is a destination in itself.  It’s a modern outdoor shopping mall dotted by several shops selling local crafts and clothing.  The central plaza includes a restaurant and saltwater pool with a swim-up bar, so for cruise passengers not on tour there’s plenty to do without going far.

Costa Maya is a relatively new port but it is flourishing and growing, especially with the coming development of Mahahual.  Costa Maya’s ecologically-based tourism is positioning it to become a large tourist center.  If you haven’t been yet, make sure your next cruise includes this historic destination.