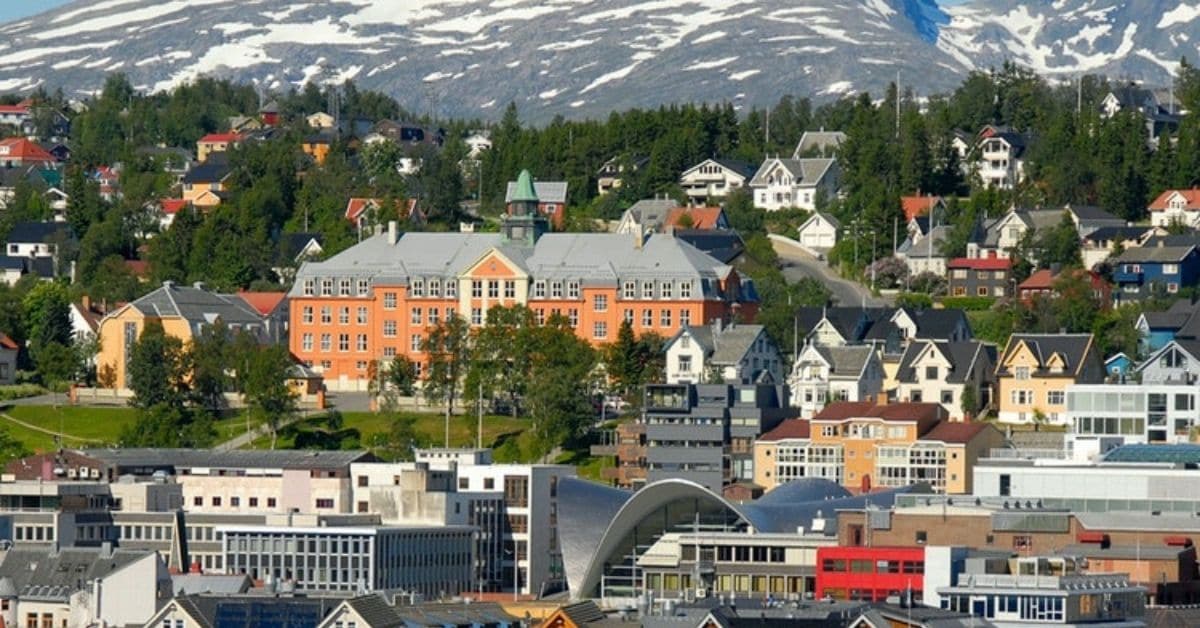 Considered the Arctic capital of Norway, Tromso is a large city at the tip of Norway, closest to the arctic. This city is popular and urban with a variety of activities, especially outdoors, making Tromso the Gateway to the Arctic.  It continues to capture the attention of itinerary planners and appeals to the active outdoorsy type, travelers curious about culture and cerebral types interested in the unique science to be explored in Tromso.

Tromso has a long and storied history and nowhere is this more evident than in their museums.  The Tromso Museum is a large space hosting exhibits on the history of the North and includes an exhibit of the indigenous Sami people. Most popular is a Northern Lights simulation which is an excellent way to see the Aurora if getting to the real thing is not possible. There are several other museums that cover the dense history of the arctic. The Polar Museum is in an old 1830 warehouse and covers the story of the old arctic hunting and expeditions. The Tromso War Museum is an old German bunker and focuses on the sinking of the Tirpitz.

For outdoor activity, a day in the Arctic Alpine Botanic Garden seems pretty memorable. These gardens are open free to the public 24 hours per day and offer exhibits such as the Rhododendron Valley and the friendship garden.  Like the city, the botanic garden is so north it is the northernmost botanic garden in the world. For a birds-eye view, take the cable car in town and get some spectacular pics of Tromso. In the winter, the city also offers snowmobile rides, skiing, and dog sledding.

Whether it’s a day indoors or out on the mountainside in the snow, visitors will remember their Tromso experience for a long time.