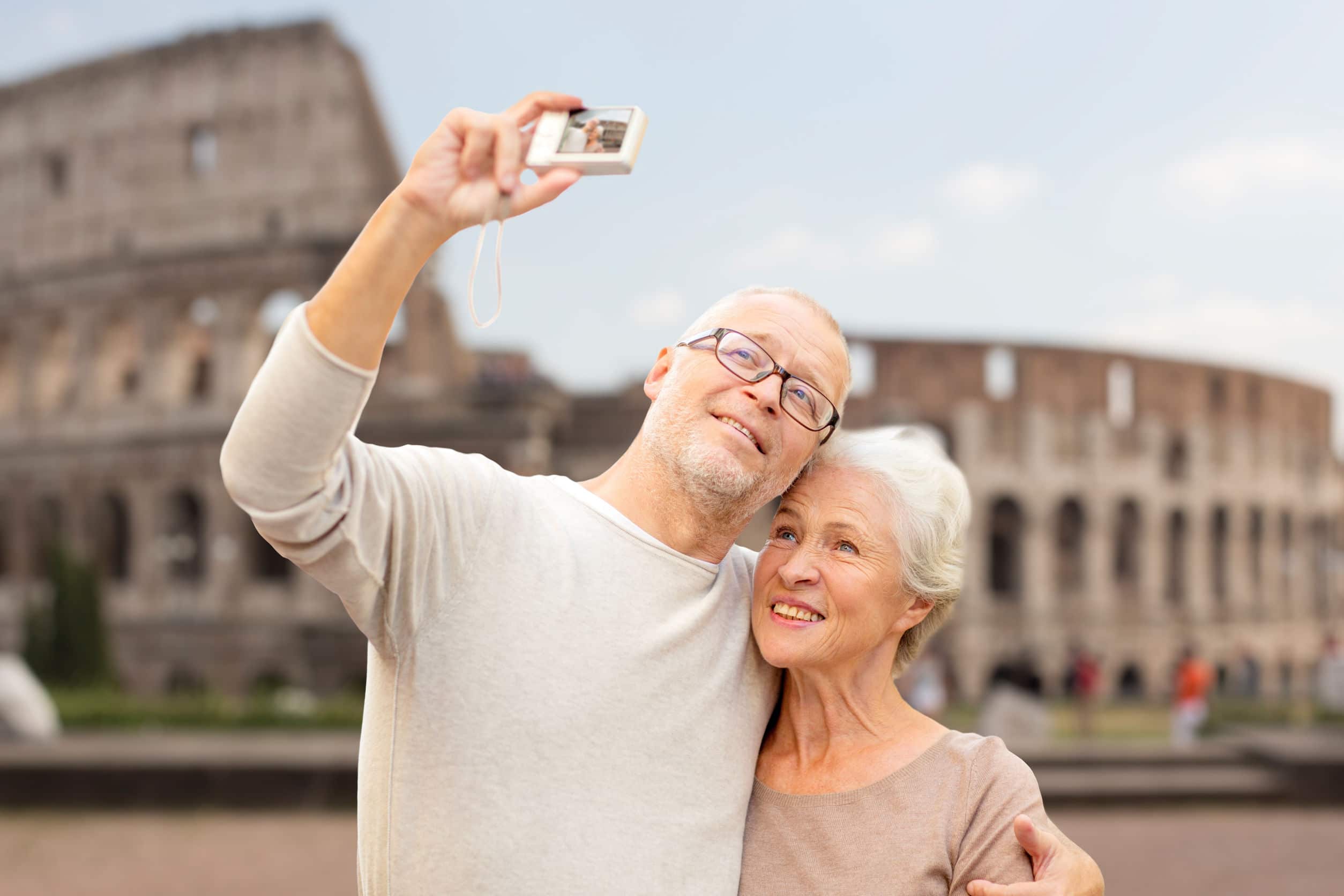 If any one country will revive your appetite for post-lockdown travel, it will be Italy. This beautiful and most resilient of nations thrills, inspires, and sometimes even maddens, with its extraordinary array of historic and artistic riches, soaring landscapes and delicious food.

Italy’s vibrant capital lives in the present, but no other city on earth evokes its past so powerfully. There are so many things to occupy your time in Rome, you may have difficulty paring down your list to the essentials. The most irresistible quality may be how its modern-day trattorias and sleek coffee bars happily co-exist with ancient treasures, and how even hallowed spots like the Pantheon come to life with chatter and espresso drinkers at all hours.

Rome abounds with iconic sites; the most internationally recognized symbol of Rome is the Colosseum – the city’s ultimate landmark. Located in the heart of Rome, this is a great starting point for an exploration of the ancient world. Built in 80 A.D. at the height of the Roman Empire, the Colosseum hosted up to 50,000 spectators, who gathered to watch deadly gladiator fights as well as other public spectacles, including battle reenactments, animal hunts and executions. It is without a doubt one of the world’s great monuments and is one of the “Seven Wonders of the World.” Located between Piazza Venezia and the Colosseum, the Roman Forum was the hub of political and social activity of Roman citizens. As the burial ground of Julius Cesar, the living quarters of the Vestal Virgins and the home of the Roman Senate, this stunning archaeological site is certainly not to be missed.

Gaze at the architectural masterpiece that is the Pantheon. Step inside and you’ll be amazed at its perfect proportions and the sunlight streaming in from the 30-foot-wide oculus. The marble floor, which features a design consisting of a series of geometric patterns, is still the ancient Roman original. It’s truly a wonder of ancient engineering. The Trevi Fountain, known in Italian as the Fontana di Trevi, is a powerful example of a baroque design. As you get closer the sound of its gushing waters grows more intense, reaching a crescendo in the square, where you will find this breathtaking sight. A visit to the Trevi Fountain and the prerequisite coin toss is an essential part of exploring Rome. Walking distance from the Trevi Fountain is the Piazza Navona which is surrounded by restaurants and local vendors. The star of the show are the fountains that are in the center of this popular square, one of which is the Fountain of the Four Rivers sculpted by Bernini himself. Just north of the piazza are the Spanish Steps, one of the best locations in Rome from which to people-watch. Climb the famous Spanish Steps leading to the Trinità dei Monti church to admire the piazza and Bernini’s ship-shaped fountain from above. If you’re feeling ambitious, climb to the Villa Medici for stunning views of the Centro Storico.

A visit to Vatican City is an awe inspiring, once in a lifetime experience and a must see. One of the first things you will notice when you visit the Vatican is the colorfully costumed Swiss Guard, dressed in Renaissance-style uniforms. These guards have served and protected the pope since 1506. Designed by Bernini, St. Peter’s Square is one of the largest and most beautiful squares in the world. It is the heart of the Vatican, located directly in front of St. Peter’s Basilica. Visitors can also see the Papal Apartments from the square. St. Peter’s Basilica is a breathtakingly beautiful feat of human artistry and engineering. Built in the 16th century, the basilica represents Renaissance architecture at its glory, designed by period architects and artists, including Michelangelo Buonarroti and Gian Lorenzo Bernini. Beneath the splendor of St. Peter’s Basilica is the Vatican Necropolis where the tomb of St. Peter is located. With only two hundred guests allowed a day in groups (maximum of 12 per group) a visit to this ancient cemetery is a privilege. The Vatican Museums are home to important classical sculptures and Renaissance masterpieces. Highlights of the museum include the Hall of Maps, the rooms of Raphael (including the School of Athens), and of course, regarded as Michelangelo’s masterpiece the magnificently frescoed Sistine Chapel.

Rome is without doubt one of the most beautiful cities in the world. The beauties of Rome sprawl across its landscape and are a compelling blend of the ancient with the Renaissance. You don’t have to be an expert to appreciate Italy’s artistic riches. This, after all, is the country of Leonardo da Vinci’s The Last Supper, Michelangelo’s David, and Botticelli’s Birth of Venus.

Italy’s capital is a fascinating city that offers a wide range of attractions. From ancient ruins to world-class galleries and lively piazzas, you will fall in love with Rome and all its beauty. This is where “la dolce vita” originated, after all.