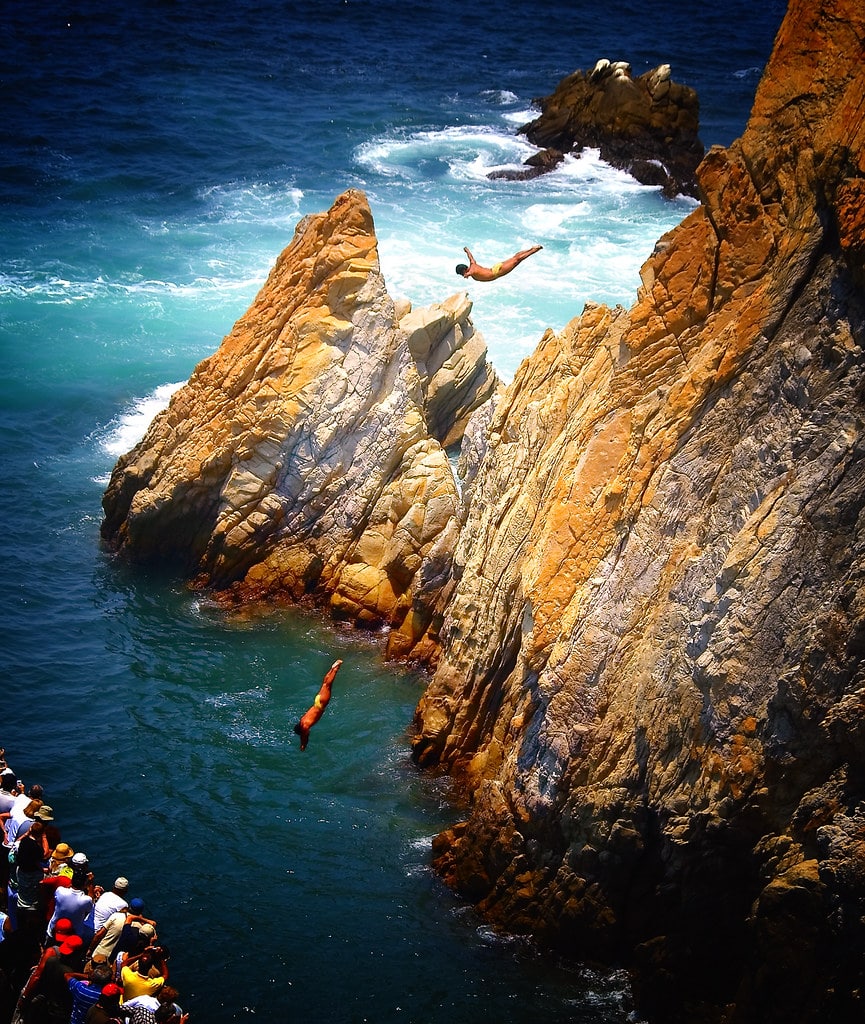 ​Nicknamed “Pearl of the Pacific,” Acapulco is Mexico’s most glamorous pacific resort. Few destinations can match its superb weather with an average of 360 days of sunshine per year and with temperatures comfortably in the 80s. Acapulco attracted the likes of Elizabeth Taylor, Frank Sinatra, Judy Garland, and even John F. Kennedy, with its amber beaches and pulsating nightlife. The glitz and glamour of those days may be long gone, but Acapulco never really lost its sizzle. Acapulco’s rich and storied history includes tales of Aztecs, revolutionaries, conquistadors, and Hollywood elites. Since the 20th century, Acapulco has welcomed a diverse international crowd ranging from starry-eyed honeymooners to college-aged party animals. The city and its surroundings hold a wealth of cultural attractions and natural wonders that appeal to all types of travelers.

Savor the breathtaking views of Acapulco Bay from Fort San Diego or the Chapel of Peace. Swim or stroll along miles of magnificent beach. Don’t miss the cliff divers of La Quebrada or the Old Colonial Quarter of town.

The iconic image that most people conjure when they think of Acapulco is its cliff divers at La Quebrada. The custom began in 1934 when two fishermen challenged each other to jump off La Quebrada Cliff and since then, it has flourished into an Acapulco spectacle that has lasted over eight decades. It is a trade that begins at age five and only passes on through generations of families.

Located just off the coast of the Acapulco peninsula, La Roqueta Island is an outdoor paradise. Once a hideout for pirates, the island is now a popular spot for beachcombing, snorkeling, scuba diving and taking nature walks.

Fort of San Diego (El Fuerte de San Diego) is the city’s historical monument erected in 1617 to ward off pirate attacks. An excellent example of classic Spanish defensive architecture, the Fort of San Diego was built in 1616 to fight off increasing attacks by British pirates on the trade port of Acapulco. Today the star-shaped fortress houses the Acapulco Historical Museum (Museo Histórico de Acapulco) detailing Acapulco’s past and explaining the fort’s role during important moments over the last 400 years.

Enjoy stunning views of Acapulco Bay and quiet contemplation at La Capilla de la Paz (Chapel of Peace). Located on a hillside 1,200 feet above sea level, this chapel is recognized by its 130-foot cross, which is visible from almost anywhere in the city. Casa de la Cultura is the city’s cultural center that houses first-class regional and Mexican handicrafts for sale, the Ixcateopan art gallery, and a small sports hall of fame with photos of local athletes.

As for the food scene, they’ve got you covered. From sopas and empanadas to Yucatan fish and ceviche, you cannot go wrong with traditional Mexican food and Acapulco offers some of the best.

Acapulco is known for its beaches, food, culture, and relaxed atmosphere that appeals to all who visit. “Como Acapulco no hay dos (there’s nothing like Acapulco) or better said, there is only one Acapulco.